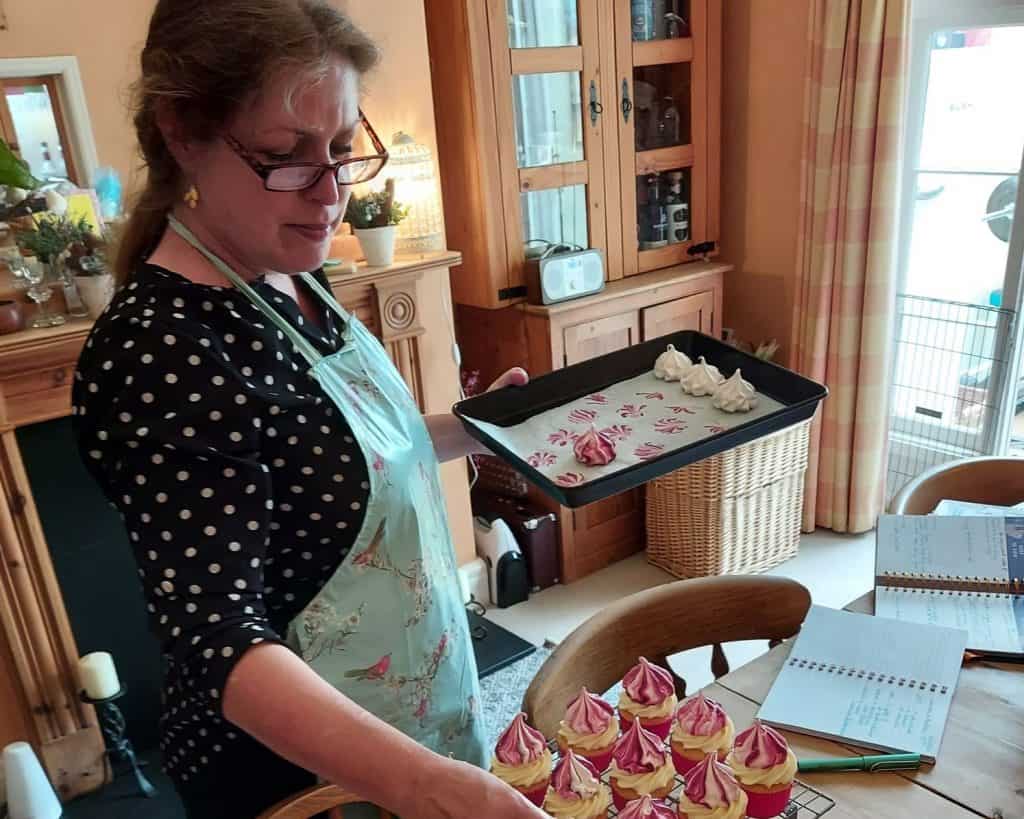 Maggi bakes her way to a grand for Weston Hospicecare

Weston Hospicecare supporter, Maggi Simons, has been busy baking cakes to raise money to support the care given to people impacted by life-limiting illnesses.

She has raised close to £1,000 to help support her local hospice by making and selling cakes.

She first became aware of the hospice’s work in 1993 when she joined the congregation at Christ Church. The church has been instrumental in supporting the hospice, particularly during the start-up period.

Maggi says “I first became aware of Weston Hospicecare when I moved here in 1993. The church was instrumental in setting up the hospice and it was apparent how important its work was.”

But it was nearly two decades later when Maggi experienced the importance of her local hospice.

She continues “It was 18 years later when that I would fully understand the importance of the hospice. A very great friend spent her last at Jackson-Barstow House and it was sitting with her then that I saw it all in a new light.

“I was supported so warmly and I will never forget it. Since then many special people that I knew have been cared for in this way.”

Maggi’s sister is being cared for by St Peter’s Hospice in Bristol. The means hospice’s importance has sky-rocketed for Maggi and family.

She continues “My sister, Jan, is receiving support from St Peter’s Hospice in Bristol. She has oesophageal cancer, but one thing she has enjoyed until recently is a little bit of cake!

“I have always had a bit of a dream to be a baker, so when lockdown eased a little I began baking each weekend for family and friends.”

Her passion for baking has turned baking for family and friends into baking for masses of Weston Hospicecare supporters.

By chance, Maggi joined Weston Hospicecare’s Open Gardens group on Facebook and decided to setup up a Facebook fundraiser to raise money.

She says “I wondered if people might enjoy a cake to eat in their own garden or as a gift.”

Maggi’s fundraiser is called “cake in a cup”. Not only does she bake the cakes but she gifts them in a piece of china for the supporter.

Maggi continued “Cake in a cup has been running since the beginning of July. It seemed daunting to raise £150 with teacups and lemon cake.

“So far, it has reached £965!! That is not all due to the mountain of cakes but the generosity of everyone who has joined in.

“I have had donations of money and, of course, beautiful china. It has been great fun for me. I get to rummage for pretty things, bake and chat to people about their gardens all while raising for a very special place.”

Weston Hospicecare relies on the kindness and generosity of its incredible supporters to help cover 80% of its annual costs.

If you have your own fundraising idea, please contact Weston Hospicecare’s fundraising team by calling 01934 423900 or by emailing sue.kingman@westonhospicecare.org.uk.